There have even been stories in Time and other more mainstream media publications, as well as the usual marketing and media outlets like Mashable.

What is all the buzz about?

According to Slate, Vera was founded in 2015. But it didn’t garner that much attention until last week when it announced that it would allow the first million subscribers to have free access for life.

Unlike Facebook and Instagram, the Vero revenue model is to make money from subscriptions, not advertising (for now), as well as transaction fees charged to brands that use the platform to sell products using the ‘buy now’ button.

A free membership announcement was all it took to have people subscribing by the droves, unfortunately crashing the Vero servers.

Note: They have since announced that they have extended the free membership until further notice, due to “service interruptions”.

Why are people flocking to Vero? The most likely answer is because they’re sick of the rules that Facebook and now Instagram are forcing them to play by.

Facebook is renowned for changing the rules all the time. Just as you get used to doing things a particular way, they go and change the rules on you.

And Instagram’s newest algorithm has changed how posts are ordered. Posts that have more likes, comments or shares will be shown first, instead of in chronological order.

Well, that is refreshing!

Vero calls itself the “true social” network. A “social network for anyone who loves anything enough to share it – and wants control over who they share it with. Just like we do in real life. ” No constraints.

The user interface (UI) is pretty cool. It is easy to navigate and well laid out.

You also have more control over the app. You have three segments of contacts – close friends, friends and acquaintances (similar to Facebook’s segmenting model).

But you can pick different avatars (profile pics) for each segment. So if you want to show off that funky side to your close friends, but your clean-cut image to your ‘friends’, you can do it.

It isn’t Facebook or Instagram (which for many, is the only reason they needed to flock to Vero). 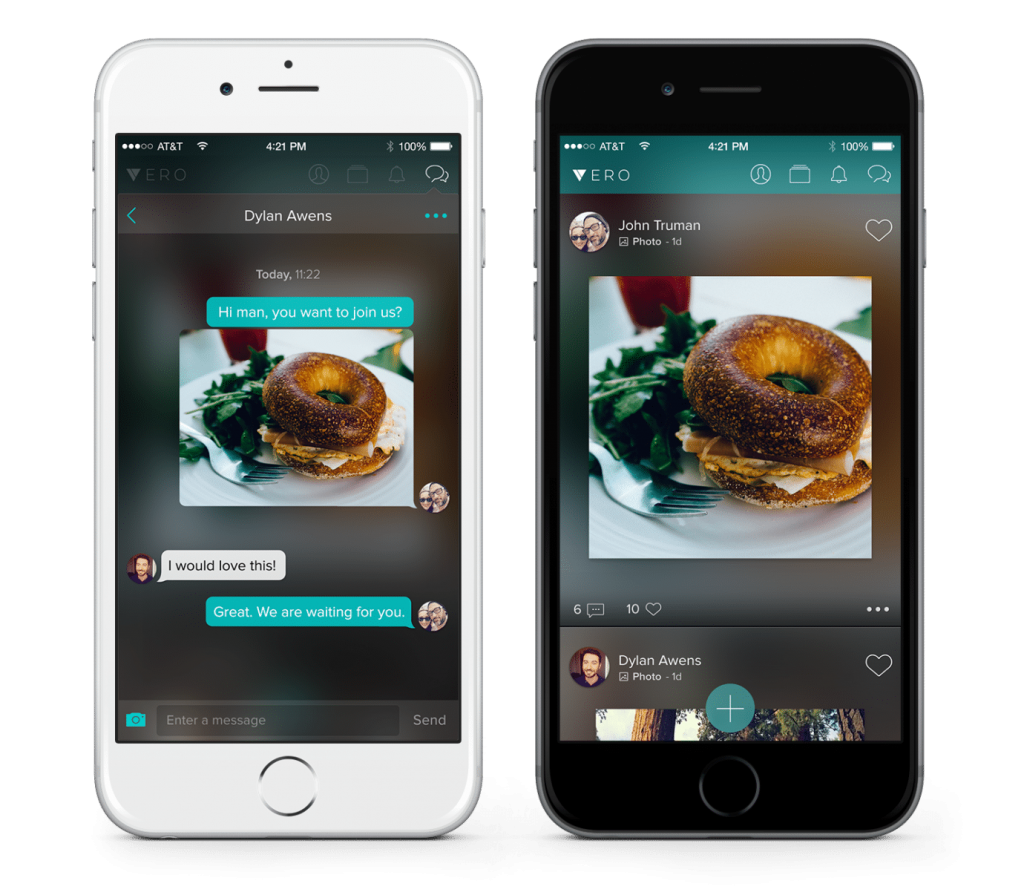 With the sudden interest in Vero came immediate issues – the servers crashed under the volume of new subscribers.

The service is also buggy. (But let’s be fair – the service suddenly had 1MM+ new users!)

For a while, the ToS (Terms of Service) seemed to say that Vero could control, copy, take and use any content published on its network. Users were not happy. 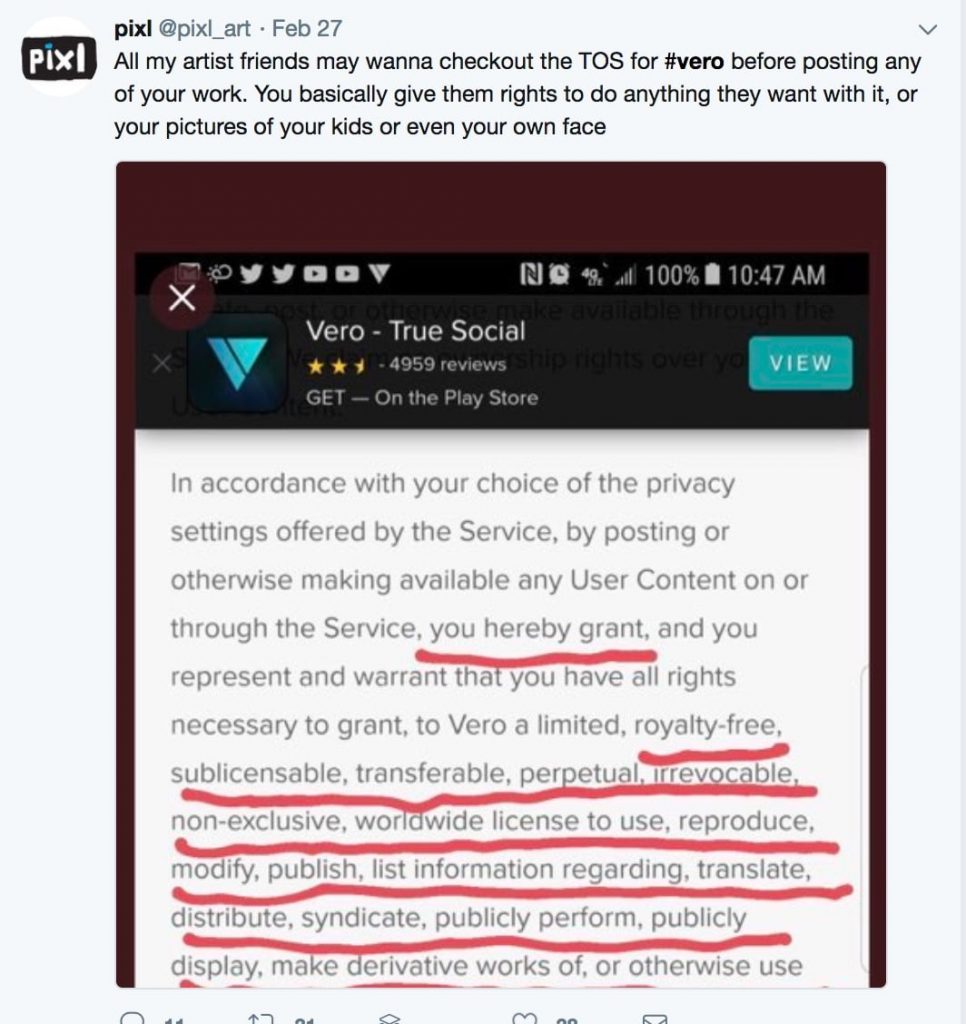 Vero has since added a section to their ToS to try to better clarify who owns the content. (Whether or not this is clear enough remains to be seen.)

There are also stories circulating about the founder of Vero, who is the son of the former Lebanese Prime Minister. Including allegations of inhumane treatment of employees (at another business he owns). Ayman Hariri and his team have refuted those claims of his involvement, stating he wasn’t involved with the company during that time.

Yes, people are leaving. Maybe not in the droves in which they arrived, but they are leaving.

Most of them due to the bugs, performance issues, and well, the issues with the founder.

But, for some, leaving seems to provide a whole new set of issues!

It has been challenging to delete an account causing a lot of frustration for already unhappy users. Once you find the in-app ‘delete account’ request (it is in the Support menu), you submit a ‘request’ for Vero to delete your account. Some users have been waiting a while for their accounts to be deleted. But again, to be fair, there has been a massive influx of users in the past 2 weeks. Vero has stated it ‘may’ add an immediate account deletion feature in the future.

I think it is a great concept! It is good to see another social network vying for top space that ‘seems’ to care about the user, not about the platform.

The interface is really nice and easy to navigate. There are no ads!

It is still a little buggy and server response times are slow (but they’re working on it).

There is already controversy and negative press, but isn’t that typical when a game-changing product is launched?

Building a community or followers will take some time. You are dependent on finding people through a search of names or hashtags.

It is a great way to showcase books, music, and photography!

Is it worth signing up for Vero?

For most average social media users though, maybe wait a little longer until some of the bugs have been ironed out, and until there are more users on the platform.

We have also seen a lot of other social networks come and go, like Secret, Ello, Peach and Meerkat. All had potential. But didn’t break through for one reason or another.

Let me know what you think! Are you going to jump onboard?